« Back to All Stories

I have heard it said that if you want to understand the scriptures in a deeper, clearer way, you can either go to seminary, or you can go to Israel.

What is so special about either of these options? Context.

In seminary, you learn ancient Greek and Hebrew, the languages in which the Bible was written giving you textual context and understanding of what the writers intended to communicate. For those of us who are called to vocational ministry (especially those who feel led to preach), seminary is a prudent endeavor. However, this probably isn’t the path most believers will, or even should, take.

For those who proclaim to be Christians, especially those living in the west, a tour of Israel is vital to understanding of the Bible.

Israel is where you grasp the geographical and cultural context of scripture - where you walk the paths of King Saul and King David, and stumble on the rocky terrain of the wilderness where the Jews wandered for forty years. In Israel, you gaze upon the waters Jesus calmed in Galilee, and can reach out your hands to touch the stones of the Temple Mount where Christ and the apostles gathered.

In 2011, I had the honor to take such a tour. My eyes were opened to the depth and beauty of the scriptures. The abstract became concrete; the places I’d heard of became real. The caves of Adullam where David hid from Saul exist. I now read Psalms 57 and 142, which David wrote from these caves, with new meaning and depth.

The words of Christ blossomed upon witnessing the scenery of his teachings for myself. Take, for example, Matthew 5:13-16:

“You are the salt of the earth. But if salt loses its flavor, how can it be made salty again? It is no longer good for anything except to be thrown out and trampled on by people. You are the light of the world. A city located on a hill cannot be hidden. People do not light a lamp and put it under a basket but on a lampstand, and it gives light to all in the house. In the same way, let your light shine before people, so that they can see your good deeds and give honor to your Father in heaven.” 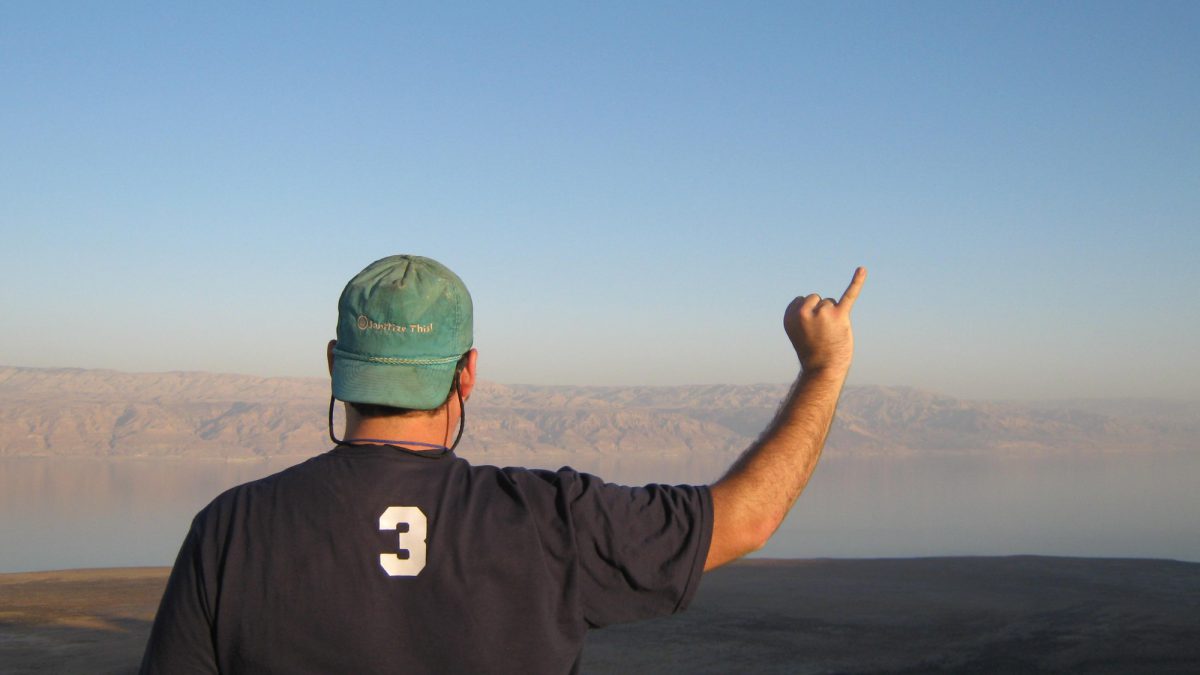 I’d heard this passage from the Sermon on the Mount dozens of times. But unless you are familiar with the ancient ruins of Susita/Hippos, the complexity of Jesus’ statement is missed. Susita/Hippos was a pagan city in the Decapolis, just east of the Sea of Galilee. In fact, the city sits upon a hill overlooking the sea. In the time of Christ, a six-story temple with giant red granite pillars and a white marble facade stood on that hill.

Imagine you are sitting listening to the words of Jesus at the Sermon on the Mount. You sit on the western shore of the Sea of Galilee, looking at Christ as he teaches with his back to the water. You hear him say, “A city located on a hill cannot be hidden.” As the words come out of His mouth you look up over his head to see a pagan temple up high on the hill. Your faith should be so conspicuous. The pagans aren’t hiding their beliefs, how about you?

See what I mean?

That’s just one example, and it wasn’t even the most impactful for me. I experienced hundreds of these moments over the ten days I was in Israel. Now I have the responsibility, like the Jews in the Old Testament, to remember what my eyes have seen and what my ears have heard, to not forget what the Lord has shown me.

Walk these ancient paths for yourself

Munger Place has planned a tour in Israel for the spring of 2019. You can hear more about the trip at an info meeting on September 10, 2017.

You will have dozens of reasons why a trip like this won’t work for you. If it’s scheduling conflicts, make time. If the cost of trip is a reason not to go, fundraise; call your relatives, have a yard sale, sell some plasma. Face whatever problems arise and solve them. If at all possible, make this trip happen. It will cost you something to make it happen, but having scripture come alive is worth the cost.

If you are able to set aside the time and acquire the funds, you must go. I promise you, it will transform the way you read the Word of God.