Skin color, language, ethnicity, background—all of those divisions between people have been overcome in the life, death, and resurrection of Jesus!

God’s plan for humanity is to draw different and diverse peoples into one unified human family. As the Apostle Paul reminds the Galatians:

There is no longer Jew or Greek,

there is no longer slave or free,

there is no longer male and female

for all of you are one in Christ Jesus.

Is there a more powerful or pertinent message for today?

How Is God’s Plan to Unite the Human Family Accomplished?

God is unifying the human family in the Crucified and Risen Messiah Jesus, and baptism is the outward and visible sign of this unity.

When the Lord set out to save all of humanity, he started with one man: Abram. The Lord made a covenant with Abram and his family (Abram became “Abraham,” and the family became “Israel”), and the sign of that covenant was a mark in the flesh:

9 Then God said to Abraham, “As for you, you must keep my covenant, you and your descendants after you for the generations to come. 10 This is my covenant with you and your descendants after you, the covenant you are to keep: Every male among you shall be circumcised. 11 You are to undergo circumcision, and it will be the sign of the covenant between me and you.12 For the generations to come every male among you who is eight days old must be circumcised, including those born in your household or bought with money from a foreigner—those who are not your offspring. [Genesis 17:9-12]

Note that the covenant was for believers and their children, for Abraham and his son Isaac; until the time of Jesus, only descendants of Abraham were part of God’s covenant people. But with the coming of Christ, membership in God’s people is now available to anyone, through the sacrament of baptism.

Through baptism, we are buried with Christ in his death and raised with Christ to new life. The mark of membership in
God’s covenant people is no longer in the skin, but rather it is a watermark—it’s baptism!

Here is how Paul reminds the Colossians that it is not a physical circumcision that marks membership in Christ, but baptism:

For in Christ all the fullness of the Deity lives in bodily form, and in Christ you have been brought to fullness. He is the head over every power and authority. In him you were also circumcised with a circumcision not performed by human hands. Your whole self ruled by the flesh was put off when you were circumcised by Christ, having been buried with him in baptism, in which you were also raised with him through your faith in the working of God, who raised him from the dead.
[Colossians 2:9-12, emphasis added.]

Who Can Be Baptized?

Baptism is a one-time sacrament of the church. If you have been baptized before in the Name of the Father, and of the Son, and of the Holy Spirit, then you can’t be baptized again. A sacrament is a sign-act through which God’s grace is specially made available to us and by which our reality is changed. So, as a sacrament baptism involves the visible work of water, but also the invisible work of the Holy Spirit, and the baptized person’s identity is now joined with Christ’s and with his people. It is not possible to re-do that through additional baptisms.

A person is ready to be baptized when he or she:

• Trusts in the promises of God made available in Jesus;
• Has been instructed in the basics of the Christian faith;
• And is willing to public affirm the Church’s baptismal vows.

We Also Baptize the Children of Baptized Parents—Here’s Why

In our tradition, we also baptize the children of baptized parents (a practice called paedobaptism). Why? The short answer is because, though it is absolutely true that nowhere in the New Testament are children explicitly said to have been baptized, it is also true that nowhere in the New Testament do any of the apostles argue that, though circumcision was for 8 day-old babies, baptism ought to be only for believing adults. As R.C. Sproul says, this is an argument from silence, “but it is a screaming silence”. In fact, this is what the Apostle Peter says on that first day of Pentecost, after he stands up and delivers a sermon about Jesus:

When the people heard this, they were cut to the heart and said to Peter and the other apostles, “Brothers, what shall we do?”

Peter replied, “Repent and be baptized, every one of you, in the name of Jesus Christ for the forgiveness of your sins. And you will receive the gift of the Holy Spirit. The promise is for you and your children and for all who are far off—for all whom the Lord our God will call.”

With many other words he warned them; and he pleaded with them, “Save yourselves from this corrupt generation.” Those who accepted his message were baptized, and about three thousand were added to their number that day.

Why Do Some Churches Only Baptize Believers?
At the time of the Protestant Reformation (starting in AD 1519), some of the Reformers questioned the ancient practice of infant baptism, which goes back to the earliest days of the church, and, rightly concerned with ways that infant baptism had been cheapened and abused over the centuries, became convinced that only believers able to answer for themselves should be baptized (a practice called credobaptism).

Though we understand and appreciate the argument for believers baptism, and though we consider other Christians who vehemently disagree with us on this question to be brothers and sisters in Christ, nevertheless we are persuaded that including the households of believers—even including infants—in baptism is the more faithful position, reflecting the teaching of the Scriptures, as well as the ancient practice of the Church.

How To Be Baptized at Munger

The next upcoming baptismal dates are:

How to Be Baptized as An Adult at Munger

How to Have Your Child Baptized

Questions about the baptismal process at Munger? Please contact Rosemary Cole at rosemary@mungerplace.org 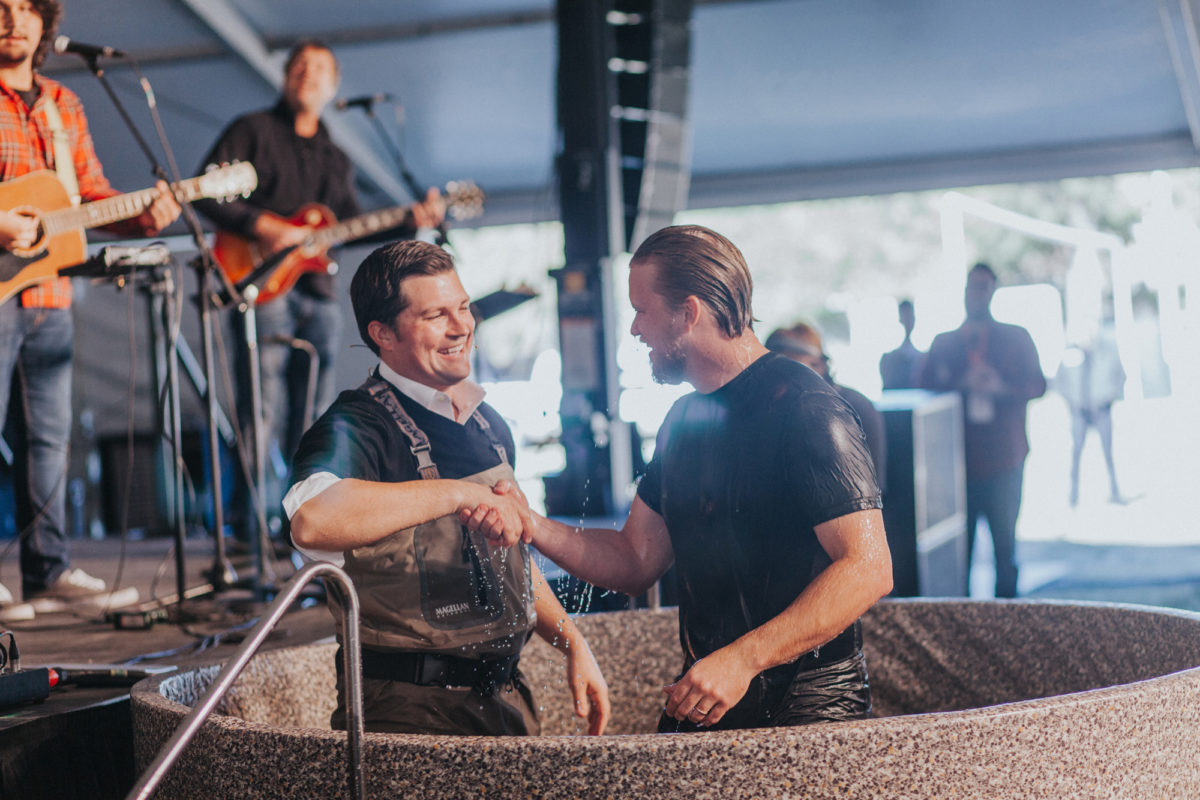